The Paris Climate agreement aim is to create a global agreement on reducing pollution emissions and slow down the trend in global temperatures. The governments of the countries who signed up to the agreement committed themselves to keeping the increase of global temperatures to less than 2% – and hopefully to less than 1.5% increase. Not exactly a radical proposal in my view but it is significant as it would have a big impact on pollution and world energy levels. It is proposed that these limits will be enforced by making polluters pay a climate tax. Put simply – the more they pollute the more tax the pay. This should encourage countries to look for renewable sources of energy and away from heavy emission power stations reliant on non-renewables like coal and oil. 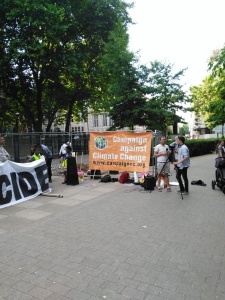 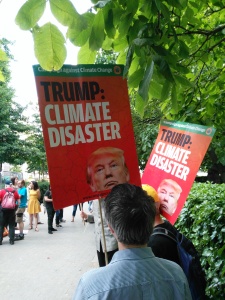 All of us working in HE and Learning technology need to be concerned with Trumps proposal to withdraw from the Paris Agreement. After China the United States is the biggest polluter and contributer to global emissions. Working with technology it might seem that we work in a carbon-neutral environment when we are on our university campuses but this is not the case. The energy to power our virtual learning environments, gadgets, smartphones, laptops and pc’s are all generated somewhere! We need to do whatever we can to intervene in what is essentially a political argument about global warming. It is Trump and his followers who are propagating the argument that it is these solutions to global warming that are causing job losses in the US. Sometimes we need to look beyond the immediacy of our own clustered environments and do something ‘political’ to change the world. These can be big a small things – send a Tweet, write a blog post, go on a protest, organise a meeting on campus – things can be done to create a better world!!!

The use of learning technology has been closely related to the general advances in computer technology. During the 1990’s in the UK personal computers became more affordable and the Intranet more accessible. By the end of the decade most communication by lecturers had moved to a digital format and students were increasingly expected to word press their assignments and most engaged with some form of virtual learning.

The drivers for the greater use of technology were two fold. First, there was a ‘bottom up’ movement from teachers, lecturers and practitioners using a broad range of communications, information and related technologies in their teaching. Like myself, these staff were willing to try out new types of technology for pedagogical reasons. They wanted to experiment with new ways of teaching and the intranet opened up new possibilities both inside and outside of the classroom. Alongside this desire to innovate with new teaching methods grew up the ‘Open education’ movement. ‘Openess’ is a broad umbrella term to describe educational resources that can be shared and distributed freely (with an appropriate acknowledgement). ‘Open Educational Resources’ (OER) are freely accessible, openly licensed documents and media that are useful for teaching, learning, and assessing as well as for research purposes OER’s and the concept of ‘openess’ have received a great deal of publicity recently with the discussions surrounding the advent of Massive Open Online Courses (MOOCs)(Weller, 2014).

The second driver has been a more ‘top down’ institutional push towards elearning. Throughout the 1990’s and into the new century Universities and HE Colleges began to invest heavily in new technologies either centrally or at a departmental level. In this respect the investment with biggest impact has been the establishment of the Virtual learning Environment (VLE). A variety of them emerged over the 90’s at a departmental, faculty and institution wide basis. Some were built ‘in house’, others used open source software (such as Moodle) and others used proprietary systems hosted outside of the institution (such as Blackboard) so that, by 2003 86% of higher education institutions in the UK had a VLE (Browne and Jenkins, 2003). The trend has continued so that according to the Universities and Colleges Information and Systems annual survey of 2014 this figure had increased to 100% and that 88% of respondents either used Blackboard or Moodle as their main VLE (UCISA, 2014).

Outside of the VLE, although often integrated into it plagiarism detection and e-submission tools have now become mainstream in most Universities now. Most students submit their work online and lecturers are expected to retrieve and increasing grade and give feedback to their students in a digital format. Also, “E-portfolio, blog and e-assessment tools are also well established, along with personal response systems….Podcasting tools have declined in usage since the 2010 Survey and appear to have been replaced by lecture recording and media streaming solutions. Social networking, document sharing and blog tools are the most common non-centrally supported tools in use across the sector” (UCISA, 2014 p.2).

Weller, M. 2014. The Battle for Open. How openess won and why it doesn’t feel like victory, London, Ubiquity Press. 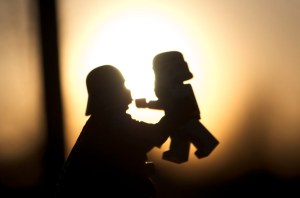 It has now been 27 years since I started teaching!!! OMG!!!From 1988 to 1989 I completed a PGCE in secondary school education where my specialist subjects were Economics and Social Science. I completed a term’s teaching practice in a medium sized comprehensive school in New Earswick, a small village on the outskirts of York. During the whole period of the course and the placement the nearest thing I got to any form of technology was the over-head projector in the classroom. I occasionally got to use the ‘Bander machine’ for making student handouts but the queues of teachers waiting to use this were so long most teachers gave up and did a different activity.

The following year I started working as part time lecturer in a FE College in Leeds and then three years later as a full time lecturer in a London FE College, teaching Economics and Politics related courses (mainly A level and Access). For the next 13 years I was mainly a classroom teacher, although I started to drift into roles with some management responsibility. Over this period I came to embrace the use of technology in my teaching. First with my economics students I started using CDRoms  as a form of revision. At that time a third of their exam marks were based on a multiple choice test and of the three exam papers it was the one the students got the worst results. The CDRoms allowed the students to practice the exam questions as many times as they wanted freeing up time for me to work on a one to one or small group basis with the students. Their exam results improved and I furthered my use of computers as the internet became more freely available (and affordable). So that by 2000 I had got my institution’s permission to set up a free open source piece of technology called ‘Moodle’. Initially, I built the Moodle site around the courses I was teaching but within a short period of time my colleagues were asking me to set up courses for them on my Moodle site for then to use with their students. I had no idea that this would escalate into something more. Eventually that site became the College’s Virtual learning Environment (VLE).

As word spread of my activities, increasingly I got asked to contribute to staff development days and I gave sessions on how technology could be integrated and used in the classroom into what if often referred to as ‘Blended learning’. As I started training teachers in the practicalities of using learning technology I then progressed into my next job as a Lecturer in Education at the University Centre Croydon. Over the next five years I taught on three different courses; CertEd, DTLLES and BA in Education. The students on all three courses were mainly FE lecturers and I taught a variety of modules but again specialised in designing and delivering modules on learning technology.

Four years ago I was offered the position of ‘Technology Enhanced Learning Advisor’ at Regent’s  University London. The immediate response of one of my colleagues was that I had gone over to the ‘dark side’. I knew straight away what he meant by this remark. He had heard the word ‘Technology’ in my job title and assumed I had got a job in the IT department of the university. More recently my job title has changed to the  Deputy Learning Technology Manager which is my current position. In my current role I no longer teach students but am mainly involved with staff training and managing software systems, such as the VLE, the Media Library and the assignment submission systems.

The own personal career trajectory over this 25 year period has closely followed the exponential rise of technology in universities and higher education colleges over this period. I went from a classroom teacher using virtually no aspects of technology to a manager of software systems that every lecturer at my university is expected to use.

Just seen a tweet by Fiona Harvey @fionajharvey about CatchBox, looks like a fun bit of tech:

Book your places via the ‘L&D Calendar’ on the staff intranet.

For further information please do not hesitate to contact the Learning Technology Team by emailing blackboard@regents.ac.uk or drop into our office (TB001).

Southampton Solent University have organised what looks like a excellent Learning Forum on using voting devices and its FREE!

Last Friday we had a visit from representatives of Kazakh University and I gave them a brief overview of Learning Technology here at Regent’s University. It was a bit different having my talk translated into Russian! However, they were very appreciative and impressed with the resources we have here. They also gave me a couple a gifts – as you can see from the photo below:

Using ‘clickers for the first time

5. a) How easy was it for you to start building the quizzes in PowerPoint? b) What were the main difficulties you faced when creating a new quiz

6. Can you describe how you have used the clickers with your students?

7. Have you experienced any technical difficulties using Bb?

8.Do you think that the clickers affect the attendance in your lessons?

9. In your opinion, has the clickers changed the quality of interaction with your students?

10. Has the introduction of the clickers affected your relationship with students

11. Do you think that the clickers enables you to become more or less student-centred in your teaching?

12. Have the clickers affected (or could affect) the way you teach in the classroom?

13. Have the clickers enabled you to support collaborative learning activities in your classroom?

14. Have the clickers affected the way you assess students work?

15. Have you changed the amount of feedback to students since you started using the clickers

16. Do you use the clickers to evaluate how much work the students are doing on your module?

17. Do you use the clickers to identify any students who might be “at risk” on your module?

18. Has the introduction of the clickers changed your overall workload?

19. What are future plans to use the clickers in the next academic year?

21. Would you like to make any other comments about the clickers? 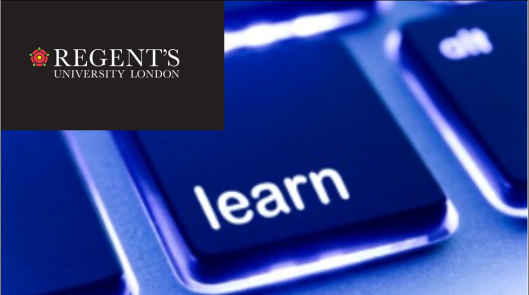 Join us for a week of workshops designed to enhance the student learning experience.

Open to all staff at Regent’s University London.

For further information please contact the VLE Team by emailing blackboard@regents.ac.uk or calling in to TB001